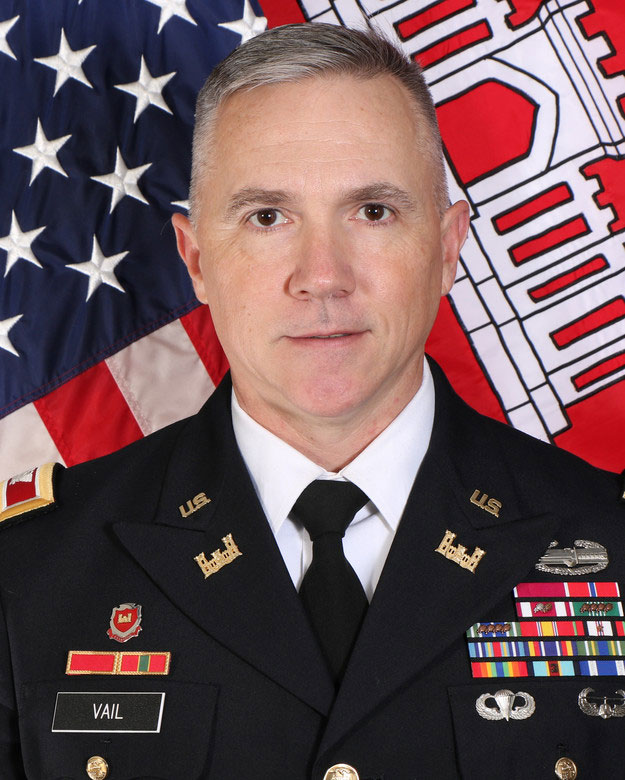 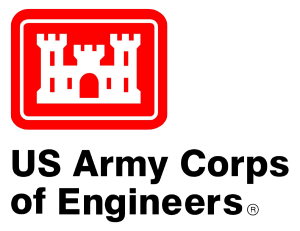 Col. Timothy R. Vail was commissioned in the U.S. Army in May 1997. Vail earned a Bachelor of Science in Engineering and Environmental Sciences from the University of Notre Dame, a Master of Science in Environmental Engineering from Missouri University of Science and Technology, a Master of Science in Construction Management from Texas A&M and a Master of Arts in National Security and Strategic Studies from the U.S. Naval War College. In addition, he is a graduate of the Army Force Management Course, Command and General Staff College and Engineer Officer Advanced and Basic courses. Vail assumed command of the U.S. Army Corps of Engineers Galveston District July 2, 2019.

He served as a trainer and evaluator at the National Training Center, Fort Irwin, California, and deployed as the USACE deputy Arabian Gulf engineer for construction operations in Kuwait, Qatar, Oman, United Arab Emirates, Yemen and Bahrain. Later, as operations officer of 2nd Engineer Battalion, White Sands Missile Range, New Mexico, he deployed to Afghanistan during Operation Enduring Freedom. Upon redeployment, he was assigned to the RAND Corporation Headquarters, Santa Monica, California, as an Army research fellow.

Following his fellowship, Vail was assigned to the Pentagon’s Office for the Deputy Chief of Staff for Programs, (G-8) in the Force Development Directorate, Full Dimension Protection Division. He then was selected for command of the U.S. Army Corps of Engineers Walla Walla District, where he oversaw the district’s mission for hydropower production, inland waterways navigation, flood risk reduction, environmental stewardship and recreation from Oregon to Wyoming across the entire Snake River Basin.

Following command, Vail was selected by the Assistant Secretary of the Army for Civil Works, to serve as her military assistant, supporting her execution of oversight duties over the entirety of the USACE Civil Works mission. Vail assumed duties as the chief of the Requirements Determination Division, Maneuver Support Capabilities Development Integration Directorate for U.S. Army Futures Command in 2018.